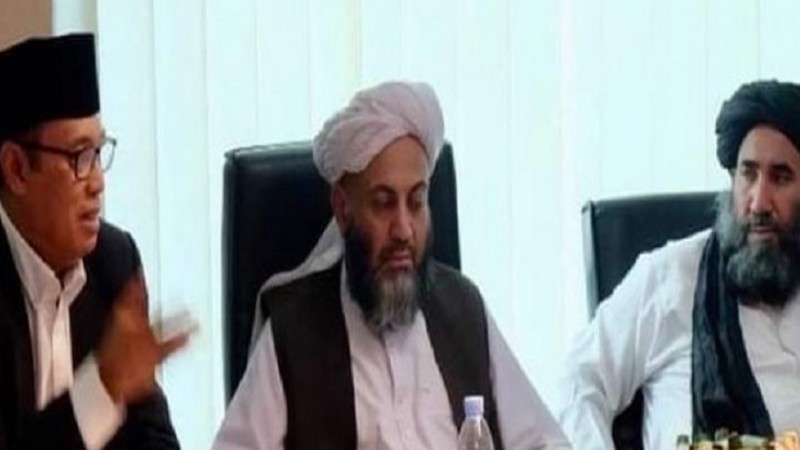 The Taliban militant group, Wednesday (18/8), held its first press conference after occupying the capital Kabul, Afghanistan. The Taliban spokesman, Zabihullah Mujahid, explicitly stated that the Taliban promised to show a moderate face and would form an inclusive Islamic government by involving all parties, including respecting women's rights.

The Indonesia's prominent Intelligence observer KH As'ad Said Ali said that the promises of change made by the Taliban still needed to be tested for the group's consistency.

“The (Taliban) face shown is moderate. Whether it will continue to moderate, it depends on the next few days. Will it really involve all parties and will it really respect human rights, especially for women, or not. We will look ahead," said KH As'ad Said Ali in a public discussion "The Taliban Victory in Afghanistan and its Implications" held by the Institute for the Study and Development of Human Resources (LAKPESDAM) the Executive Board of Nahdlatul Ulama (PBNU) onThursday (19/8/2021).

The deputy chairman of the 2010-2015 PBNU himself has not heard about the Taliban's exclusive attitude towards both Al-Qaeda and ISIS. Because based on the information obtained, Al-Qaeda militants are still scattered in 15 provinces in Afghanistan.

"(ISIS leader) Abdurrahman Al-Baghdadi before his resignation also said that the new field of jihad would be Afghanistan," said the man who had served as Deputy Head of the State Intelligence Agency (BIN).

He was of view that if the Taliban really wanted to show a moderate face, they must be able to control Al-Qaeda and ISIS there. Because the border areas were not controlled by the military but are challened by existing tribes that are difficult for the army to penetrate.

"We are still seeing the implications. Is this an American scenario game or an accident? I don't think it's (the accident) because the political bureau of the Taliban Akhundadza was opened in 2013 in Doha, it's been so many years and it means that there is good preparation. So, America's propaganda mouthpiece moved the Arab Spring from Qatar," he explained.

Regarding the implications for Indonesia, Kiai As'ad said that the religious sect of the Taliban in Afghanistan was not much different from Indonesian Muslims because they adhered to the Asy'ariyah-Maturidiyah understanding, adhering to the Imam Hanafi school of thought, and practicing Sufism.

While the implications for radical groups, he said, depended on the ability of the Taliban itself. If the current victory of the Taliban just appeared, without any preparation or no scenario at all, then they would face various problems and may suffered like the fate of the Mujahideen.

“For years (the Mujahideen) have been unable to bring order, instead of guaranteeing the welfare of the country. I have been there many times, how poor the country is, in tatters, there are many disabled people, education is neglected so most of the soldiers recruited are not from school, so in a short time it was destroyed by it (the Taliban)," said Kiai As'ad.

Currently, the information obtained from the Nahdlatul Ulama Afghanistan (NUA), the situation there is tense because the law and order has not been enforced because it is still a transition period, so it will take one week for the law to really be enforced.

According to Kiai As'ad, Afghanistan has become a bone of contention for the world's superpowers, both in the economic and political sectors. When the Mujahideen group took office, America asked for 15 military bases, while Britain had three, and France had one military base to target the mines there, including oil and gold.

Afghanistan has been known as a rich country with abundant natural resources. The United States Geological Survey in 2010 identified the existence of mineral resource reserves which were then estimated to be worth 1 trillion dollars.

In addition to gold, silver and platinum resources, Afghanistan has significant reserves of iron ore, uranium, zinc, tantalum, bauxite, coal and natural gas as well as copper. Especially for copper, where the presence of reserves in Afghanistan is important because of the scarcity of discoveries of new reserves in mines around the world.

Some reports said Afghanistan had the potential to become a lithium-rich country like Saudi Arabia for having reserves of raw materials used in the manufacture of cellular phones and electric car batteries.

In fact, however, the lack of basic logistics such as the paved roads and railways needed to transport copper concentrate or iron ore, widespread corruption, poor bureaucracy and increasing insurgency that has put large parts of the country beyond state control, have undermined efforts to establish a formal mining industry.

NU has responsibility of realizing harmony and peace 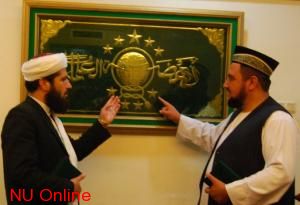 NATO set to send up to 3,000 troops to North Afghanistan

Two US soldiers in Afghanistan convert to Islam