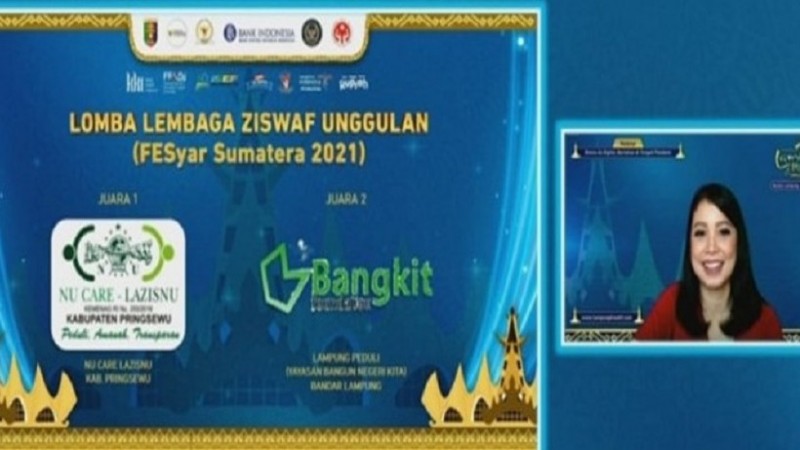 The Amil Zakat Infak and Sedekah Institution of Nahdlatul Ulama (LAZISNU) of Pringsewu made an achievement by being selected as the first leading zakat, infaq, alms (ZIS) and waqf management institution in Lampung Province.

LAZISNU Pringsewu achieved this award by at the Sharia Festival organized by the Representative Office of Bank Indonesia of Lampung Province on Saturday (11/9/2021). The achievement as the first leading LAZ institution in Lampung has strengthened and proved the LAZISNU Pringsewu's positive role in providing benefits to the community by maximizing ZIS and waqf.

"This is proof that LAZISNU Pringsewu has earned the trust of the community in managing ZIS professionally and accountably," said Head of the Nahdlatul Ulama Branch Management of Pringsewu Regency H Taufik Qurrohim shortly after the announcement which was accompanied by a Webinar with the theme Go Digital Business, Surviving in the Midst of this Pandemic.

H Taufik revealed that the public was able to assess and feel for themselves how LAZISNU Pringsewu's work succeeded in conjuring coins which were sometimes underestimated for an extraordinary benefit. Through the NU Coin Box named the Koin Pondasi Akhirat, LAZISNU Pringsewu managed to collect billions of rupiah in infaq from the community.

“This infaq is also distributed through professional management from the district to the village level for social interests and the benefit of the people. Among the infaq (funds) are to help the community in the fields of health, religion, natural disasters, and the like," he said.

With the coin, currently LAZISNU already has an Ambulance that could be used by the public for free. Through this coin, LAZISNU has provided free medical facilities through the Jalin Kesehatan Program by cooperating with medical personnel and institutions in Pringsewu Regency.

“There are many other programs from LAZISNU Pringsewu which have been proven to bring benefits. So remember zakat, infaq, and alms, remember LAZISNU," he concluded.

In addition to the announcement of the leading ZIS institutions, on this occasion the winners of competitions held at the Sharia Festival such as the Outstanding Islamic Boarding School Competition, Sharia Young Entrepreneurs Competition, Islamic Regional Dance Arts Competition and others were also announced.

The Sharia Festival itself is a prestigious event held by the Representative Office of Bank Indonesia, Lampung Province, which this year coincided with the Lampung Begawi event. This event took the theme Synergizing to Accelerate Economic Recovery in Lampung through MSME Development, Tourism, Sharia and Digital Economy.

The opening of the Sharia and Lampung Begawi Festival was attended by two ministers, namely the Minister of Cooperatives and SMEs Teten Masduki and the Minister of Tourism and Creative Economy Sandiaga Uno. 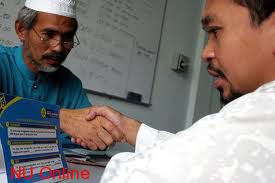