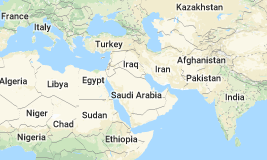 Muslims
Muslims
Bagikan:
Tehran, NU Online
Head of Iran's Strategic Council on Foreign Relations Kamal Kharrazi said on Monday, in a meeting with the former Jordan prime minister Taher al-Masri --who is currently in Tehran to attend Islamic Unity Conference, that the Zionist regime is the main reason behind division among the Muslims, especially regional states.

Al-Masri, for his part, said that enemies are abusing current situation facing the Islamic world and Iran's ties with certain Arab states and trying to spread Iranophobia.

"Today, the issue of Palestine is of special significance and Islamic states should pay special attention to it," he said.

The 32nd International Islamic Unity Conference was held in Tehran on November 23-25.

The attendees in the conference include Muslim elites, ministers of Islamic states, Muftis and scholars and university lecturers.

On different occasiona, Senior Advisor to Supreme Leader of the Islamic Revolution Ali Akbar Velayati --in a meeting with a group of Pakistan`s religious and political officials on the sidelines of Supreme Council of Islamic Awakening-- called on the Muslim countries to increase their unity.

He emphasized that the enemies are trying to weaken the Muslim states, and said, "There is no other way than maintaining unity of Muslim Ummah." (IRNA/Masdar)
Tags: Muslims
Bagikan: